Valentine's Day Sale is ongoing! Use the code VALENTINE to get 50% off on Prime & Teams licenses!

Insync gives you offline access to your cloud files by adding a Google Drive, OneDrive, and Dropbox folder to file explorer. And that's just the beginning! Compatible with Linux and Mac as well.
‍
Download now
7-day free trial
Works with Linux, Windows, and Mac

How to set up Insync on Windows in 3 steps

Download Insync and install. Compatible with Windows 7 and later.

Once you install it, you'll be prompted to sign in via Google Drive, OneDrive, or Dropbox 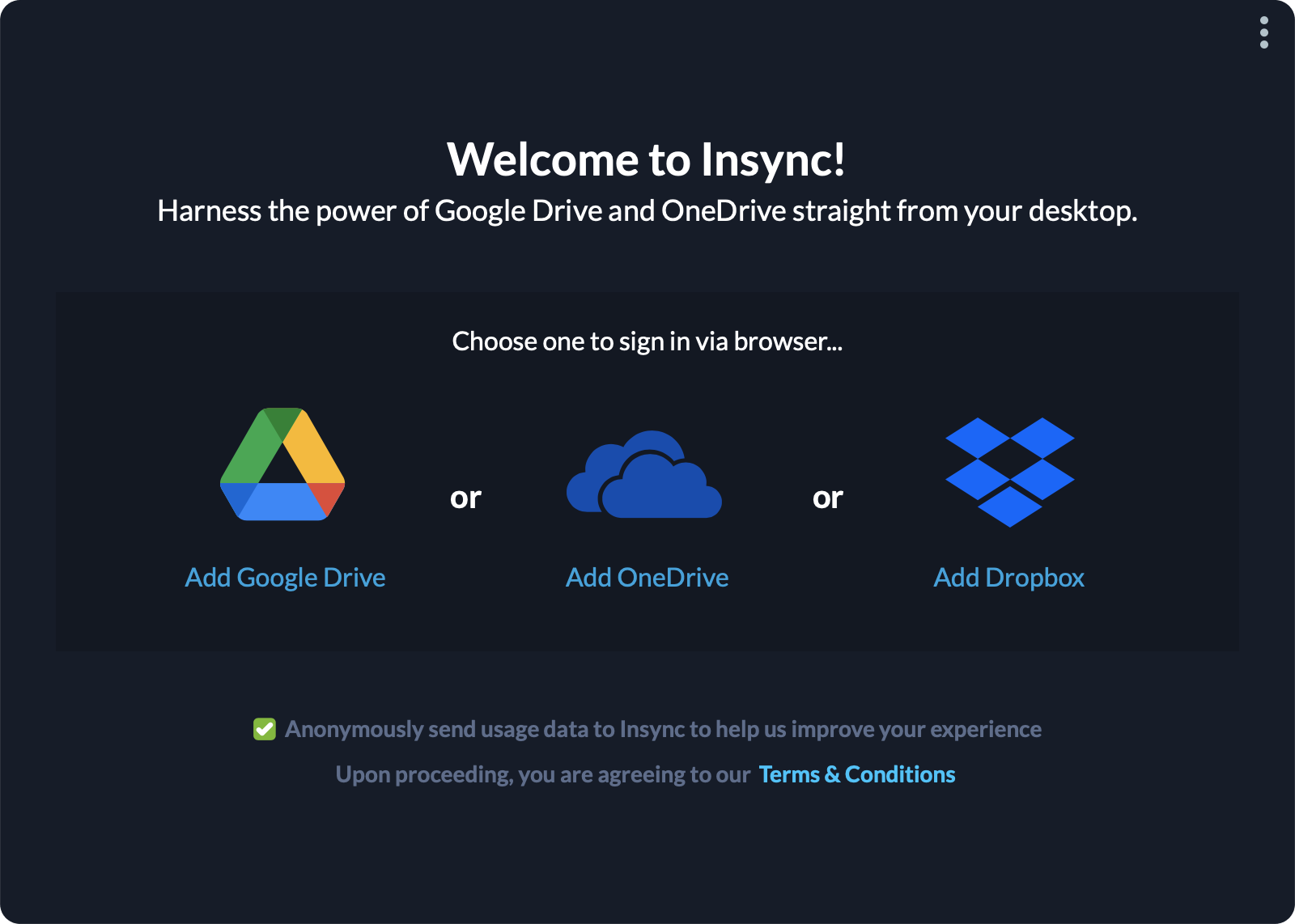 Sync your files with Selective Sync 2.0

Use Local Selective Sync to sync any local file and folders up to the cloud.

Use Cloud Selective Sync to sync any cloud file and folder down to your desktop. 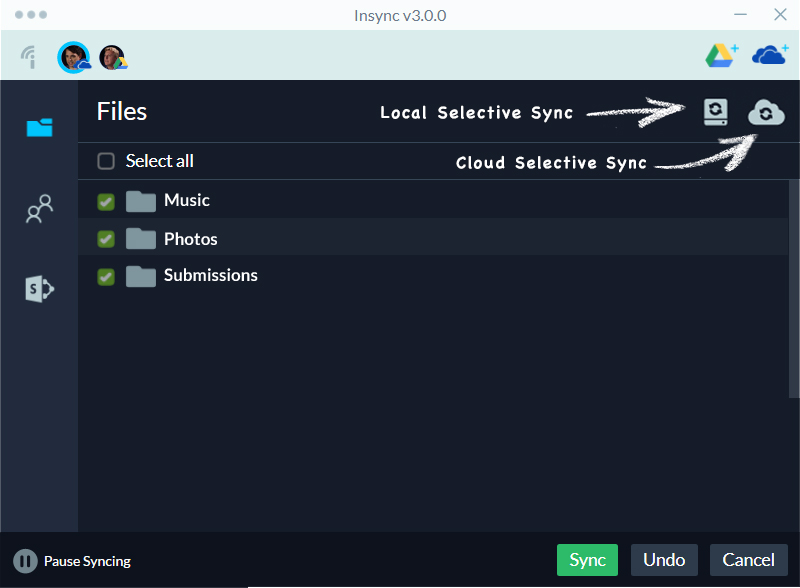 Synced files will be safely tucked in your Base Folder in file explorer. 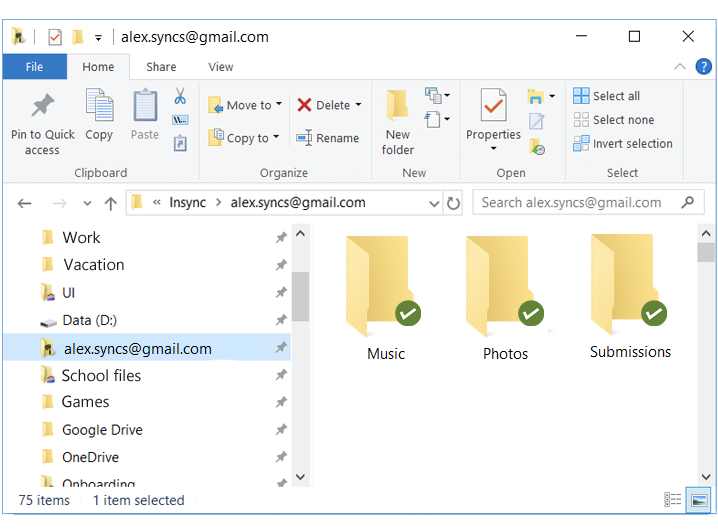 Insync does more than just sync cloud files on Windows

What else can you do?

Syncing any folder, cloud to local and local to cloud, is one of Insync's syncing superpowers!
‍

Sync files from multiple Google Drive, OneDrive, and Dropbox accounts with each one having its own local folder.

Give your team members offline access to Google's Shared Drives for flexible and productive workflows.

With Insync, you can sync and get offline access to your Dropbox team's folders for easy collaboration with your colleagues.

Syncing files across multiple platforms is Insync's bread and butter. Compatible with Linux, Windows, and Mac.

Install Insync in as many computers as you'd like to have 24/7 access to your Google Drive, OneDrive, and Dropbox.

Similar to Shared Drives, you can sync SharePoint files for offline collaboration with team members.

Set rules so that Insync will ignore certain file types or names when syncing. Works like .gitignore.

What people say about Insync

@insynchq is absolute class. Love it 🙂🙂